Lewis Hamilton is under investigation by The Fédération Internationale de l’Automobile (FIA) for wearing a “Say Her Name” shirt during the Tuscan Grand Prix this past Sunday. Many celebrities and athletes are pictured wearing the shirt to draw attention to the young Black woman who was murdered by police in her home on March 13.

Athletes have always used their platforms to push social activism. From holding fists in the air to taking a knee, fighting for rights is nothing new in the world of sports. So with FIA coming down on Hamilton it begs the question, should athletes wear political clothing?

The FIA has strict rules against making political statements and with the Breonna Taylor case still open, the FIA can say Hamilton is “Impeding the court’s investigation.”

Companies that have political connections use athletes to advertise for them frequently. They get paid to sell cars, accessories, sports drinks, and even clothing; yet the moment they use their platform to express their viewpoint, it is deemed controversial.

With Hamilton having a net worth of $285 million and being one of the most successful Formula One drivers, one would think he can have a say in what he wears. Granted, some people want to keep politics out of sports so everyone can enjoy the show, however, if people take political statements out of sports, then the same should be said with advertisements. 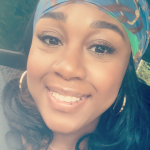