The Maroon 5 keyboardist and successful solo artist grew up in church, but instead of going down the same path as his equally famous father Bishop Paul S. Morton, he pursued a career in pop and R&B. Morton shared the news about the forthcoming album with his dad in a sweet phone call. You can listen to the conversation below.

His new album consists of 13 tracks featuring appearances from the genre’s most respected artists like The Clark Sisters, Yolanda Adams, Kirk Franklin, Mary Mary, Kim Burrell, Commissioned, and many more.

Morton self-produced the album in the midst of the coronavirus lock-down this spring and summer, crafting his own string arrangements in self-isolation, connecting with each artist via video conference, and leading remote recording sessions from his New Orleans studio.

You can listen to the new single “So In Love” (feat. Darrel ‘Musiq City’ Walls & Zacardi Cortez) here. 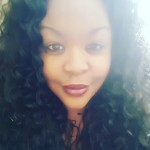 3,177 thoughts on “PJ Morton Drops His First Gospel Album Gospel According to PJ”