America’s longest-serving juvenile inmate, Joseph Ligon, who spent 68 years behind bars, was finally released last week. Ligon, 83, was 15-years-old when he was convicted of taking part in a string of robberies and assaults with a group of teens that resulted in six people injured and left two people dead in 1953.

Ligon has insisted since sentencing that he did not kill anyone. He was sentenced to life in prison without parole.

Ligon expected to live his entire adult life behind bars, but in 2012, the U.S. Supreme Court ruled in a case out of Alabama that mandatory life imprisonment for juveniles was unconstitutional.

In 2016, a second court ruling meant that Ligon and more convicted as juveniles had to be resentenced. His lawyer successfully convinced the court that the life sentence was unconstitutional in a petition to the court.

On November 13, 2020, U.S. District Judge Anita B. Brody granted Ligon’s petition and remanded the case to the lower court. She ordered that the inmate be resentenced within 90 days or released from all custody, including parole. T

The 90-day deadline has passed, and as a result, Ligon was released. 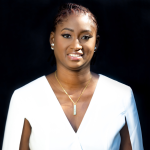 Pastor Michael Todd preaches on focusing on your calling

Wande announces she is officially married to fiancé Darius Dees