International hip-hop artist, Amillion is riding the waves into a new partnership with Miami Alkaline. Contracted to be the face of the brand, Amillion was intrigued and inquired about ownership and creating his own water line in which they agreed. After designing and pH testing 1NA Alkaline Water was birthed.

“I’ve been working quietly behind the scenes over the last few months to bring this dream to reality and it’s finally here,” said Amillion.

Amillion filmed a commercial for his new branded water which features his new single “Nipsey Flow.”

Since the launch, Dick’s Sporting Goods and Safeway have signed on to sell 1NA Alkaline Water, along with some local merchants in Delaware who have sold out twice in less than a week. 1NA can also be found at Alkaline Water Bar in Miami with plans to expand to other store locations.

By promoting physical health and wellness, Amillion’s goal is to inspire youth to own their dreams. To get your hands on your own 1NA Alkaline Water click here to visit the online store. 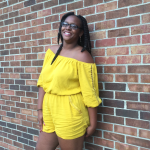