Despite the pleas from local leaders in Kenosha including Wisconsin Gov. Tony Evers, urging President Trump to stay away from the new epicenter of America’s racial crisis, Trump has declared on Monday that he will continue with his plans to visit the city where the latest victim of police brutality, Jacob Blake was shot.

Governor Evers wrote a letter to Trump stating his concern about what his presence “will mean for Kenosha and our state.”

“I, along with other community leaders who have reached out, are concerned about what your presence will mean for Kenosha and our state,” Evers wrote to Trump. “I am concerned your presence will only delay our work to overcome division and move forward together.” Kenosha Mayor John Antaramian also expressed concerns about Trump’s visit saying that he would have preferred for him “not to be coming at this point in time.”

Shortly after, the White House press secretary, Judd Deere, released a statement to say, “The White House has been humbled by the outreach of individuals from Kenosha who have welcomed the President’s visit and are longing for leadership to support local law enforcement and businesses that have been vandalized,” he continued, “President Trump looks forward to visiting on Tuesday and helping this great city heal and rebuild.”

Trump and his allies plan to focus on the incidents of rioting and looting that’s been taking place during the city’s recent protests, which started after Jacob Blake, a 29-year-old black man, was shot in the back seven times by a police officer earlier this month as he leaned over into his car.

Last Tuesday, while people gathered to protest the shooting and racial inequality two protesters were fatally shot  in Kenosha and a third victim was wounded. This attack was allegedly committed by a young white male who was caught on cellphone video opening fire with a semi-automatic rifle.

Gov. Evers declared a state of emergency last Tuesday after announcing that the National Guard presence in Kenosha will be doubled after rioters vandalized businesses and set fire to dozens of buildings.

The deaths in Kenosha has resulted in the city becoming one of the key topics in the final months of the presidential race, which continues to be dominated by matters of culture, race and law and order. 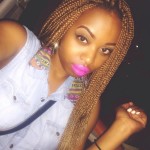