Oscar winning actor Cuba Gooding Jr. is set to host a strip club party after being convicted of forcibly touching a woman earlier this month.

The party will take place at Sapphire night club in New York City next month. The club is located in the same neighborhood where Gooding’s first accuser was allegedly harassed.

Back in 2020, the ‘Boyz n the Hood’ actor was accused by one woman of groping her breasts at the Magic Hour Rooftop in Times Square in 2018. As a result, Gooding was charged with three counts of forcible touching.

Two other women accused him of touching them inappropriately in Manhattan bars back in 2019.

Reportedly, Gooding, 54, only pleaded guilty to one accusation. He explained to the judge that he “kissed the waitress on her lips” without consent at the LAVO club in New York.

The actor could avoid jail time if he continues, alcohol and behavior modification counseling for six months. Once the counseling is completed, the 54-year-old can withdraw the misdemeanor plea and plead guilty to a lesser harassment violation. 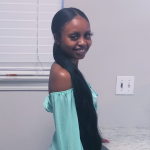