The 2022 BET Awards will be held at the Microsoft Theater in Los Angeles, California. The show will air live Sunday, June 26, at 8 PM ET/ PT on BET.

The show will be hosted by Golden Globe winner, actress, writer, and director, Taraji P. Henson.

According to a press release, the nominees represent, “…an abundance of creative expression and Black excellence across music, television, film, and sports.”

A plethora of nominees has been selected for categories such as Best Female R&B/ Pop Artists, Best Collaboration, Video of the Year, Album of the Year, Best Movie, Best Actor, Sportswoman of the Year Award, and many more.

Certain artists are already dominating the nominations within multiple categories. According to a press release from BET, Doja Cat is in the lead with six nominations in categories such as Best Female R&B/ Pop Artist, Best Collaboration for her song “Kiss Me More” featuring SZA, best female Hip-Hop Artist, and more.

Lennox’s nominations fall in the categories of Best Female R&B/Pop Artist, and Video of the Year for her song “Pressure.”

Drake’s nominations are in categories such as Best Collaboration and Video of the Year for his song, “Way 2 Sexy,” featuring Future and Young Thug.

Artists such as Jazmine Sullivan have taken to social media to thank the BET Awards and congratulate the other nominees. 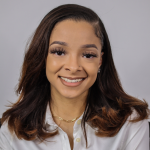