CNBC reports Musk is, “paying $54.20 per share in cash for Twitter.” On his own, he has acquired about $21 billion. He has also “secured $25.5 billion of debt and “margin loan financing.”

Musk has expressed that his interest in Twitter stems from his personal use of the app. With 83.6 million followers, he often uses Twitter to make jokes, interact with his followers, and make business announcements.

As a frequent user, large stakeholder, and board member in the organization his interest in taking over does not seem out of the ordinary.

Due to the shocking news, Musk has left many people with questions, in regards to what he will be doing with Twitter moving forward. Now that he has control what will he do with it? And what will twitter look like in the future?

As far as control goes, how much of it will he exert? We now know that Musk will own Twitter in its entirety, yet nothing has been said about how far that ownership will go.

Musk could have an outside management group step in, or he could take a more hands-on approach as he has done with his other companies, Tesla and SpaceX.

Despite some questions unanswered, Musk does provide a brief description of what he hopes to achieve with Twitter moving forward.

In his official statement released on Monday, the Tesla CEO states, “Free speech is the bedrock of a functioning democracy, and Twitter is the digital town square where matters vital to the future of humanity are debated,” said Mr. Musk.

“I also want to make Twitter better than ever by enhancing the product with new features, making the algorithms open source to increase trust, defeating the spam bots, and authenticating all humans. Twitter has tremendous potential – I look forward to working with the company and the community of users to unlock it.” 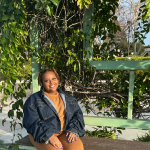